Is It Hard To Be Awarded Punitive Damages In A Slip-And-Fall Lawsuit?

Home/Settlements/Is It Hard To Be Awarded Punitive Damages In A Slip-And-Fall Lawsuit?

Is It Hard To Be Awarded Punitive Damages In A Slip-And-Fall Lawsuit?

People are likely familiar with punitive damages because of high-profile court verdicts in a myriad of cases, but they may not be as familiar with the concept in the case of slip and fall lawsuits because of the rarity of punitive damage awards. Slip and fall accidents take place when the flooring or ground is uneven, slippery or if there are obstructions. For instance, pedestrians slip over uneven or cracked pathways, which can lead to minor or major injuries. Snow, ice, water and oil on floors are common causes of slip and fall accidents. Data from the Consumer Product Safety Commission (CPSC) indicates that flooring and flooring materials are the cause of over 2 million slip and fall injuries every year.

According to the Occupational Safety and Health Administration (OSHA), slips and falls constitute 15 percent of all accidental deaths and follow motor vehicles as the second leading cause of fatalities. In many instances, when slip and fall cases proceed to trials, punitive damages are rarely awarded. For punitive damages to be awarded in slip and fall cases, the behavior of the perpetrator should be considered dishonorable and punishment worthy. This requires substantial proof of discreditable and repugnant behavior.

Punitive Damages Vs General Damages In Slip And Fall Cases

Regular damages are typically awarded to recompense a person for the injury caused by a slip and fall accident. Different general compensations for injuries include the following:

General damages will almost always be compensated for slip and fall injuries because they cover vital expenses. In comparison to general damages, punitive damages are meant to punish but aren’t necessarily connected to a physical injury. Punitive damages are harder to recover because they are intended to discourage a specific conduct. This can be particularly challenging in a slip and fall accident because the plaintiff will need to prove that the property owner or company management did something perilous or threatening.

So, when are punitive damages probable? This can vary between states and local laws. In several states, claiming for punitive damages requires proof of gross negligence or intentional deceit. Some states require proof of the defendant’s recklessness, misconduct or malice, which is not as simple in a slip and fall injury case, but there have been instances where punitive damages have been awarded.

If a person has been injured in a slip and fall accident on commercial or private properties because of a dangerous situation, then the injured must be able to prove the following in order to claim general and punitive damages for injuries sustained:

If it can be proven that a property owner or employer is liable, then the plaintiff will have to prove how long the problem has been present and neglected in order to be eligible for claiming punitive damages.

Claims And Awards In Slip And Fall Injury Cases

An 84-year-old man, Armstrong-Stevenson, slipped and fell at a St. Helens Safeway store because of liquid laundry detergent on the floor, causing him to break his leg and preventing him from living a normal active life. A Portland jury awarded over $1.6 million to him, including $1 million worth of punitive damages because he was able to prove an alleged cover up and video evidence tampering. The jurors felt that the company hadn’t taken adequate measures to create a response policy for preventing such falls and that Safeway’s defense had several discrepancies.

In August 2013, Robert and Catherine Bentz visited a Six Flags theme park in New Jersey, where Catherine claimed that she fell when trying to avoid cleaning carts at the door of the restroom. The plaintiffs are jointly and severally seeking damages over $50,000, but Six Flags is objecting to this lawsuit because of the ambiguity and elusiveness of the claim. According to them, the recklessness references may also be an attempt to be eligible for punitive damages.

In Missouri, a person cannot be awarded more than $500,000 or five times the initial damages – whichever is higher. The US Supreme Court has set a punitive damage limit of 10 times the initial compensation. The only exceptions are when the case is extremely shocking or enormous negligence is proven. In many states, if there are no other damages, then no punitive damages are given. Many states also necessitate that some portion of punitive damages is given to a special state fund.

Proving Reasonable Basis Behind The Claims

When a plaintiff seeks punitive damages in slip and fall accidents, there must be a reasonable basis for the claim. When there is no or limited evidence of deliberate misbehavior and gross negligence, then monetary sanctions can be levied on the wounded person claiming for punitive damages. The reasonable basis for this kind of compensation has been set to dissuade frivolous claims.

These limitations exist because punitive damages are considered punishment and must be executed impartially. The idea is to make it difficult for plaintiffs to seek exorbitant amounts of money for wrongful acts, which is set to make the US legal system more certain. 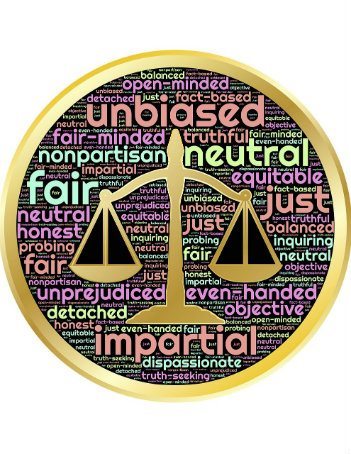 Can The Plaintiff’s Action Affect The Award?

In some cases, the injured person’s inaction after injury can reduce the amount of general and punitive damages available. If a person is even partially at fault for their own accident, then chances are any damage award will account for it. In some cases, the injured person may not be able to claim any damage if they are considered partially responsible for their own slip and fall accident.

If the injured person doesn’t take adequate action to seek medical treatment in the aftermath of a slip and accident, resulting in graver injuries than before, then the amount of damages paid out will be significantly reduced. In this instance, punitive damages may be denied entirely.